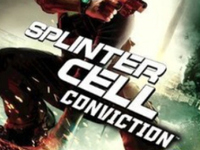 Two things before you go and jump into this video though.

First, I have to say that this trailer is as epic as the launch trailer for Mass Effect 2. At points during this trailer, you may feel you are watching a trailer for a Splinter Cell CG movie rather than a game. Ubisoft took some great points and made this trailer extremely enticing. So watch it in awe and damn the wait to Hell, as the scheduled release in April is so far away.